Can you imagine going to the hospital, undergoing a procedure that keeps you away from home for only a night or two, and then not having to worry about your blood glucose levels, or what you eat and drink, for years? This diabetic’s fantasy is getting closer to reality, as testing for the Diabetes Research Institute’s BioHub, an integrated “mini-organ” is underway in several stages, with first-phase pilot clinical trials anticipated as soon as a year from now.

A DRI BioHub will be considered a biological solution to diabetes if it shows that it can meet all the criteria Dr. Camillo Ricordi, director of the Miami-based DRI and a pioneer in islet therapy, considers necessary for a cure. That would mean that it must prove that it “restores natural insulin production and normalizes blood sugar levels without  imposing other risks,” Ricordi said. That’s a tall order, but it now appears to be possible, and closer to reality than ever before.

The BioHub, or “mini-organ,” contains real insulin-producing cells that sense blood sugar levels and release the precise amount of insulin needed — just as they would in a healthy pancreas. One of the platforms being tested is a sponge-like silicone wafer, slightly larger than a quarter, that allows transplanted islets to safely reside in the body of a Type 1 diabetic. The icing on this cake is that a BioHub provides researchers with a designated environment that can protect the insulin-producing cells without the need for systemic immune system suppression. The need for immune system suppression has, until the advent of BioHub, meant that islet replacement has been limited to the most severe cases of diabetes. Making the therapy widespread will require additional sources for islets, a separate challenge that the DRI is also addressing, but for now, an implantable and long-term way to restore natural insulin production is no longer a pipe dream.

The goal of a BioHub is to mimic the environment of the native pancreas, where islet cells thrive. A BioHub’s scaffold platform, which is highly porous and comprised mostly of air, can house thousands of islet cells of different shapes and sizes that lodge within the pores, just as clusters of islets reside inside their native pancreas. Once a BioHub is implanted within the omentum — an easily accessible and highly vascularized (rich with blood vessels) abdominal pouch and one of the preferred implant locations — blood and nutrients can reach the islets, and allow them to thrive. BioHub can also hold low-dose anti-rejection drugs, oxygen generators, and helper cells that can minimize inflammation and promote blood vessel growth. This combination of ingredients is a key part of its appeal and promise.

What We May Leave Behind

Because islets, which currently come from human cadavers, are in limited supply, transplantation today is only performed on patients whose diabetes cannot be controlled by insulin therapy and who can’t sense severe low blood sugar reactions.

For decades, infusing new islets into the liver has achieved insulin independence in these patients, normalizing their blood glucose levels and, for a time, “curing” them. The liver, though not an optimal site (cells clump together, causing limited access to oxygen and nutrition) has been an effective home for islet cells in some recipients, who have lived insulin-free for more than a decade.

But, in most cases, the islets lose function over time and diabetes returns, for a number of reasons. The transplanted islets are fragile, needing time to develop blood supply and nutrition sources. Some 60 percent are lost in the first week due to the stresses associated with separating them from the donor pancreas as well as the inflammatory reaction caused by infusing them into the recipient. The remaining cells do the job, at least for a while. But the extra work for the cells that remain may lead to “metabolic burnout,” and the need for the patient to begin injecting insulin again.

The current experimental procedure also carries a high price, both monetarily and medically. The average cost of islet transplantation into a human patient in the U.S. is $250,000 and because the transplanted islets are typically attacked by the recipient’s immune system, systemically delivered anti-rejection drugs that suppress the immune system (and can have serious side effects) must be taken for life. These are two of the reasons that only the most critical patients are chosen for transplants.

Genius To The 10th Power

As is so often true in creating breakthrough solutions, a BioHub’s development is not a thunderbolt-like product of a singular genius. Instead, it is the culmination of years of interconnected work by dozens of people all over the world. It is a validation of DRI’s multisite approach to translational research. “The BioHub is a localized micro-environment,” said Ricordi. “It is a quantum leap in cell therapy to replace insulin-producing cells that are destroyed by diabetes. It has required a multidisciplinary team of tissue engineers, nanotechnologists, molecular biologists, immunologists and clinical scientists to assemble a puzzle that will contribute to the realization of a biological cure without anti-rejection therapy.”

Teams of DRI researchers have been working on specific pieces of the BioHub puzzle, some for years. One of them, Dr. Cherie Stabler, director of the DRI’s tissue engineering program, stated the challenge most succinctly: “Creating a happy home for the islets is our primary objective. To do that, we have to address many of the challenges associated with islet transplantation. The second area that we’re focused on is immunosuppression,” she continued. “We know that even if we come up with the best cure, the best cell source, the best micro-environment, we can’t give immunosuppressive drugs to a 13 year old. That’s not a cure for everyone. So we need to develop more novel, innovative, less burdensome immunosuppressive therapy.”

The DRI is developing several ways to protect transplanted islets from attack by the recipient’s immune system. Among the strategies is one that surrounds the cells with a protective barrier, or conformal coating, that more or less “shrink wraps” the islets, no matter their size or shape, and still allows blood and nutrients to enter. (See related story, “Games Cells Play,” previously published in IN). Another strategy is to transplant the islets in combination with mesenchymal stem cells (MSCs), or helper cells, which promote blood vessel development, minimize inflammation and promote the long-term survival of the islets by helping to keep the immune system at bay.

Another problem with the current practice of transplanting islets into the liver is their direct contact with blood, which causes inflammation and a clotting effect. That requires anti-clotting drugs, which may still cause some swelling. This, in turn, signals the recipient’s immune system to attack. Immunosuppressant drugs are metabolized in the liver and are dispensed systemically through the bloodstream. Unfortunately, this further heightens the complications and creates many undesirable side effects. With all of these challenges, the transplanted islets don’t usually have long lives.

The DRI has identified more hospitable sites than the liver for the transplantation of islet cells, including the omentum mentioned above. DRI researchers are also testing the use of patient’s own vein within the abdomen. By tying off both ends, they would create a “venous sac” in which the islets would be infused.

“We will begin to test elements of the BioHub in humans within one to two years,” Ricordi predicted, noting that complementary trials begin later this year. “One of the most exciting trials we are beginning is something we call restoration of self-tolerance — taking cells from the bone marrow of a patient who doesn’t have diabetes or other autoimmune disease and using them to re-educate the immune system of a diabetic patient.”

If human testing is successful, a BioHub has the potential to offer every patient a life without diabetes.  The BioHub is a groundbreaking technology, said Ricordi, but only carefully monitored trials will show whether it is a cure or simply the next step toward the cure. “We have to be very careful not to raise false hopes,” he cautioned. “We have to keep both feet on the ground, but also maintain the enthusiasm like the cure is around the corner.”

Small Wonders On A Cellular Battlefield 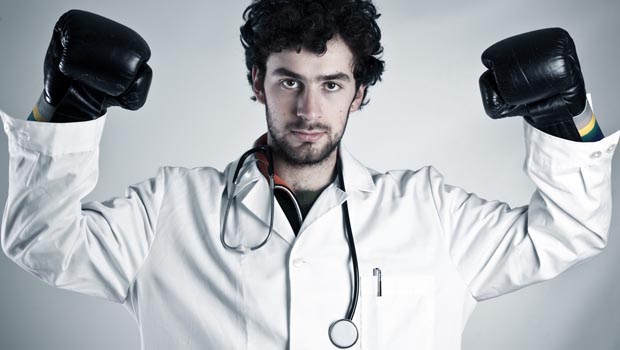 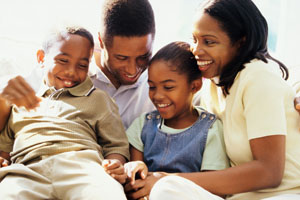 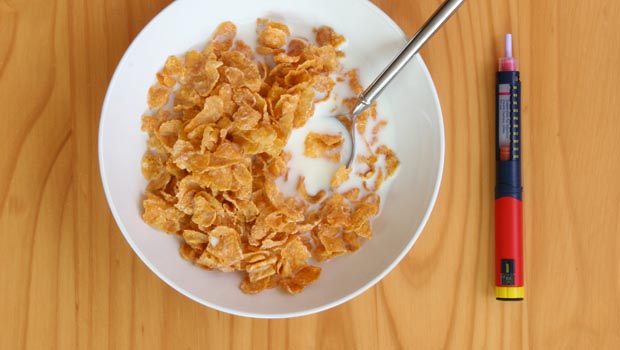 Why Does Pen Usage Lag in the U.S.?