In March, the United States Attorney’s Office in the Southern District of New York issued civil investigative demands to three prescription drug makers seeking information relating to their relationships with pharmacy benefit managers (PBMs). Two of the three drug makers, Merck and Janssen, are world leaders in diabetes research and the marketing of diabetes medications and devices. Although the investigation doesn’t focus narrowly upon how diabetes medications are priced, it does focus on how PBMs go about their business.

Read more: The Rising Cost of Living with Diabetes

PBMs are organizations commonly understood to be the “middle men” in the chain of distribution of prescription drugs and medical devices from the manufacturers to the places where those products are dispensed or purchased through an insurance carrier or a prescription purchase plan. They are also considered the organizations to which health insurance carriers outsource claims administration. The Medicare program relies on private insurance carriers, under long-term national and regional contracts, to pay out benefits and make available purchase of prescription drugs at discount for Part C and often deeper discount for Part D beneficiaries. The carriers, in turn, rely upon PBMs to secure long-term commercial agreements with drug manufacturers to ensure that there will be an adequate supply of products for their policyholders and for the people they insure under their Medicare contracts, at prices predictable enough that the carriers can plan to stay in business. Some PBMs also manage prescription drug claims and pricing agreements for labor union benefit plans and workers’ compensation insurance carriers.

PBMs are not new; they’ve been around since 1968. However, they have gained increasing clout in the 21st century as they merged with pharmacies to become large entities that can dictate the success or failure of drugs in the marketplace, according to a March 2016 Quartz report. In the 1990s, drug-makers, themselves, tried to merge with PBMs but were blocked by federal regulators because of monopoly concerns. Regulators have, by and large, not blocked pharmacies from merging with PBMs, but they are growing alarmed at the price-controlling power of these ostensibly cost-saving entities.

PBMs maintain that their role in managing the U.S. prescription drug distribution business is to make it more efficient by reducing the transaction costs associated with each step from the factory to the drug store counter. It would make sense that de-fragmenting the pipeline from the prescription drug manufacturers to patients ought to make things more efficient and keep costs under control. Moreover, it would stand to reason that building capacity within the business of delivering health care to assure the best, and the most economical, utilization of therapeutic drugs will bring better outcomes. But when patients see their out-of-pocket prescription costs and their insurance premiums rising faster than the overall cost of living, or they are being steered by their insurance carriers to a particular brand or outlet to keep their copayments reasonable, they begin to wonder what the point of it all is.

Dr. Miller, the chief medical officer of the PBM company Express Scripts, disagrees that his company has forced Humalog’s price upward. “We never tell pharmaceutical companies we want high sticker prices,” he is quoted as saying. “We want a low net price.”On October 7, the Wall Street Journal reported on the relationship between drug prices and PBMs when it comes to insulin, and led its story by noting that net revenues from Lilly, Sanofi, and Novo insulin sales are about the same or less than they had been in 2011, even though retail prices had more than doubled since then and list prices had been pushing up. In that article, Enrique Conterno, head of Lilly’s diabetes business unit, is said to have pointed to discounts and rebates demanded by PBMs to keep Lilly insulins on the insurance companies’ preferred drug lists. For Lilly, the net revenue of Humalog sales has dropped since 2009, according to Conterno.

How, exactly, a distributor of a drug passes the savings it takes from the marketplace back to its plan is no easier for a user of a prescription drug to understand than it is for an airline passenger to understand how an airline prices seats. Regulators, too, are having a difficult time assigning blame between PBMs and drug manufacturers.

A December 2015 Wall Street Journal story comparing drug prices in the U.S. against prices in Norway, the U.K., and Canada, reported that drug prices in the U.S. are “shrouded in mystery, obscured by confidential rebates, multiple middlemen and the strict guarding of trade secrets.” Nine months later, a 500 percent increase over nine years in the price for the EpiPen, Mylan’s branded epinephrine (synthetic adrenaline) autoinjector, would get Mylan’s CEO Heather Bresch an invitation to explain her company’s drug pricing practices to a committee of the U.S. House of Representatives. As reported by the Journal on October 3, Ms. Bresch and other drug industry executives testified to the House Committee on Oversight & Government Reform that upward price pressure was coming from PBMs and other intermediaries who function as the “middlemen” in the wholesale market.

Drug manufacturers are being forced, their spokespeople say, to maintain or increase pricing as a hedge against discounts and rebates taken by the middlemen to keep the manufacturer’s products competitive for coverage by health insurers and sale through consumer prescription drug plans.

PBM officials are pushing back. In the weeks leading up to the House committee hearing, Ms. Bresch and Dr. Miller of Express Scripts engaged in battle in the health care and financial industry press. Dr. Miller told the Journal that the only reason EpiPens cost so much at the pharmacy was that Mylan had set a high list price, and he accused Mylan of having a “monopoly” in the adrenaline-injecting business. On August 25, he told CNBC that all it would take to lower the retail price for EpiPens moving through the Express Scripts distribution channel was for Mylan to lower its list price, and Express Scripts would “pass the savings that we take from the marketplace back to our plans.”

The PBM defense hasn’t been enough for Mylan to escape the regulatory crosshairs. In August, Mylan announced that it would be offering EpiPen customers a discount card allowing up to 50 percent off store prices; that it was working on a direct-to-consumer marketing plan; and that it would introduce a generic of its own product to set things right. The Senate isn’t letting up on the company. Fortune posted a story on November 8 about the Judiciary Committee looking into the prices the military and Medicaid program were paying for EpiPens, and calling upon the Federal Trade Commission to launch an antitrust investigation into restrictions allegedly imposed by Mylan on its school customers on purchases of its competitors’ products for use by its school customers.

Among the largest of the PBMs is OptumRx, owned by a health insurance carrier that writes about 20 percent of the Medicare Part C and Part D prescription coverage and participates in the Affordable Care Act Marketplace. Another, CVS Caremark, is a business unit of a company that operates the largest U.S. retail pharmacy chain. Another, Express Scripts, describes itself as a “stand-alone” PBM, meaning that it neither owns nor is a subsidiary of an insurance carrier or brick and mortar retail operation; it operates a prescription home delivery business and a growing prescription drug utilization review practice. These distinctions seem to be blurring as insurers, health care providers, and drug distributors form alliances or consolidate their operations.

Following the introduction of the Affordable Care Act health insurance marketplace, the competitive landscape began to shift. Analysts believe the health care marketplace will continue to reshape itself as PBMs find ways to integrate digital technologies into their business and to expand the scope of their operations to serve payors. Some PBMs have rolled out cost analysis and utilization review services to offer to providers and payors. In 2012, for example, Express Scripts acquired Medco Health Solutions and in doing so added managed care and physician service pre-authorization services to it business offerings. PBMs have acquired or merged with other PBMs, just as hospitals have consolidated with one another and have also acquired physicians’ practices. Such moves are made in hopes of taking advantage of scale economies to reduce operating costs and the costs of maintaining workforces and infrastructure for handling benefit claims.

For the health insurance industry, joining forces is less of a sure thing. On July 21 the U.S. Justice Department and the attorneys general of eleven states and the District of Columbia sued to block proposed mergers of Ætna and Humana and of Cigna and Anthem. Among the theories underpinning the complaint is that large health insurance carriers have become the purchasers of health care services in the place and stead of patients. The proposed acquisitions, it’s alleged, would lead therefore to such a concentration of purchasing power that the vendors, e.g., hospitals, would be at the mercy of insurers in earning income, and the people needing insurance to be admitted to hospitals would have their choices of competing insurers drastically limited. Such lessening of competition, the complainants say, violates federal antitrust law. It remains to be seen if the same argument will be leveled against PBMs in the future. 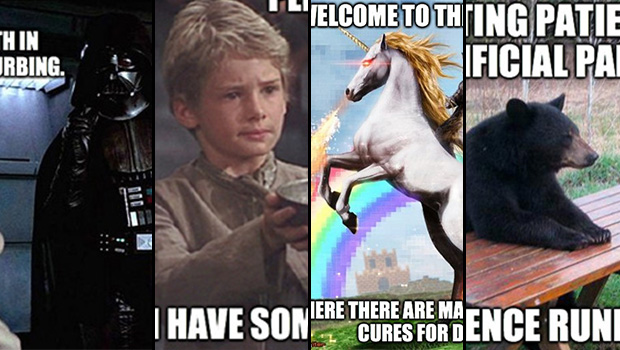 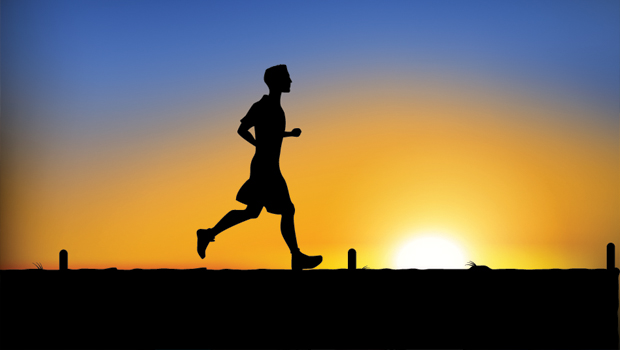 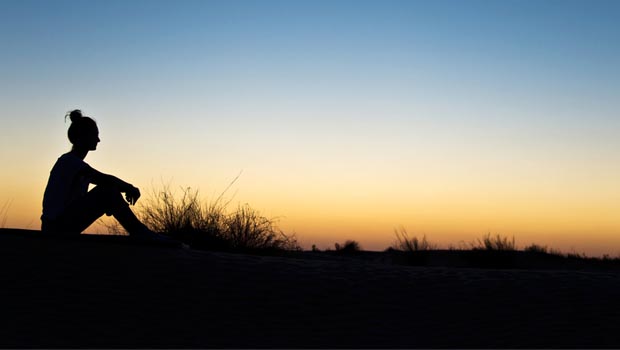 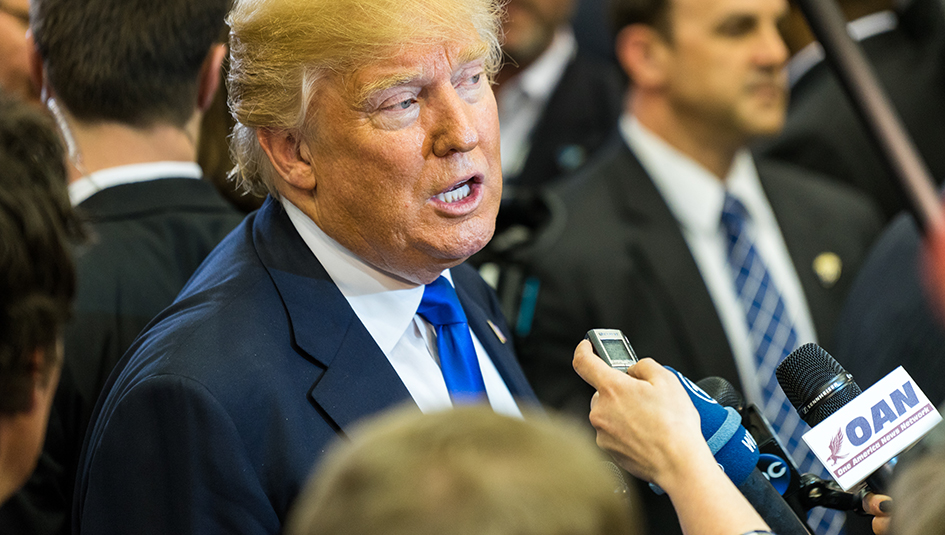 The Senate Health Bill is Dead