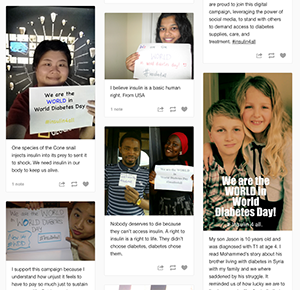 Type 1 diabetes is inherently a lonely condition, one that makes you look inward to maintain your health. It doesn’t help that few people understand what Type 1 diabetes really is, and many make tasteless jokes at its expense. Campaigns for Diabetes Awareness Month are focused on raising the visibility of Type 1 diabetes to make those who endure the roller coaster ride of blood sugar management feel more visible.

This year for Diabetes Awareness Month, there is a distinct theme emerging – that of the selfie. JDRF has perhaps the most visible selfie campaign of the year, using the tagline of “T1D Looks Like Me”. The organization is encouraging people to have a blue overlay on one’s Facebook profile with said tagline. It also has a giant billboard up on Times Square. Many in the Type 1 community have taken the cue and have altered their profiles accordingly. There has been a good amount of “duckface” portraits, along with at least one glamour underwear shot.

JDRF is not alone. There has been another Facebook profile overlay that has been making the rounds called #TypeNoType, for example; the hashtag calls into question divisions between the Type 1 community and the Type 2 community. Some Type 2 activists have made a convincing argument that they feel socially isolated from the Type 1 community, and wish the bonds between the two groups could be strengthened.

Other charities and nonprofits also have employed selfies in their campaigns. T1International has once again undertaken the #insulin4all campaign, which asks people around the world to post a photo of them holding the sign saying “We are the WORLD in World Diabetes Day”. Also, the Children’s Diabetes Foundation asks supporters to take a picture of family and friends with a Children’s Diabetes Foundation sign that says “I Support Diabetes Awareness Month”.

It’s hard to gauge whether or not these campaigns will have more visibility than last year’s efforts for Diabetes Awareness Month. I can only say they appear more visible in my social media feeds; of course, maybe it’s just because I have gotten more immersed in diabetes community social media than last year. Certainly, the selfies are making sure that the month has a significant blue tinge to it. And it certainly makes me feel better to see them than all the promotional emails I’ve received this month that say, in essence, “It’s Diabetes Awareness Month, so buy my diabetes-related stuff!”

At the same time….and here’s where I’m probably going to show my age…I worry that all these diabetes selfies might make one feel, weirdly, alone. You take the photo, you apply the filter, you post it and…then what? Selfies are great, but they shouldn’t overshadow face-to-face events that these nonprofits and others are hosting to mark the month and create community.

I would advocate for something a bit more hands-on for Diabetes Awareness Month next year. Perhaps one could be offered basic blue profiles for Facebook, and augmented features to the profile only if they could show they had participated in a fundraiser or community event. I think it would be great if the selfies submitted were taken after a day of raising the frame of a house for Habitat for Humanity or lobbying at the statehouse with your local diabetes group.

I have nothing against selfies. I just want people with diabetes to be more than visible in the community; I want them to be a force. 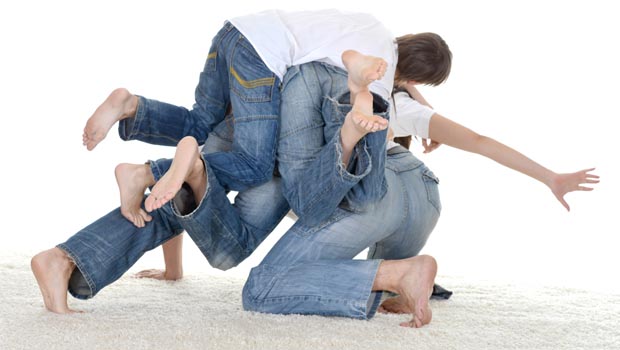 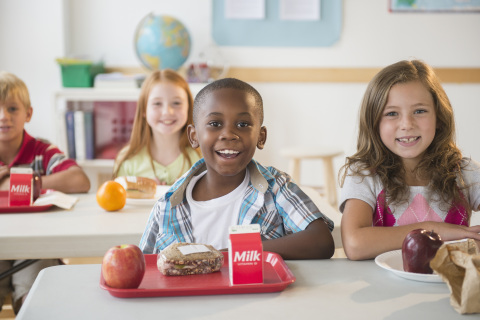 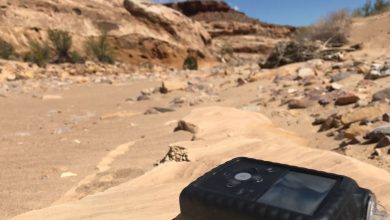 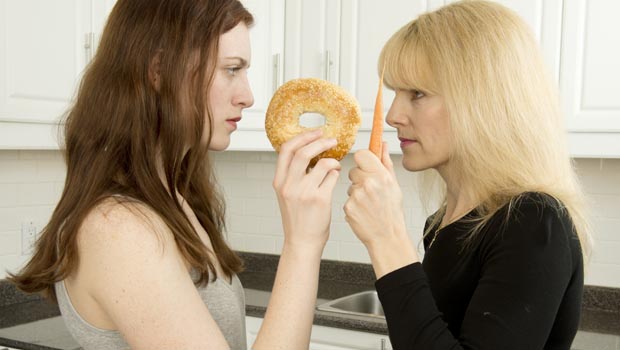