Recently, I stopped by a bookstore to browse. As a budding dietitian and someone who also has a bit of a weight problem, it didn’t take me long to find my way to the diet and fitness section. Although I shouldn’t have been surprised, I was taken aback by the overflowing wall of books on various diets and schemes to lose weight. With so many choices in reading material, it’s no wonder people have such a difficult time figuring out what to eat! It seems like everyone and their brother has an idea of what you should do.

But T1 people like me have a lot to consider when it comes to choosing a different diet. It’s not just weight management that we want, but also good BG. So how do today’s trendiest diets stack up for managing Type 1 diabetes? At Insulin Nation, we’ve examined 5 of the most popular diets out there and asked Certified Diabetes Educators and Registered Dietitians to give us their take on what fits for T1 and what doesn’t:

What it is:
Veganism eschews eating any and all animal products, including dairy and eggs, as well as using animal-based products like leather. It’s possible to get enough protein through the right combinations in a plant-based diet, but it requires research and planning, especially when it comes to getting all the amino acids you need. Veganism has gotten easier in recent years with the growing availability of supplements and fortified products to help practitioners get all the nutrition they need. However, it’s important for vegans to keep to a diversified diet, and not rely on easy carbohydrates in meals, which not only can raise blood sugar but also can pack on the pounds.

What experts say:
“Anyone pursuing veganism, whether Type 1 or not, would need to make sure they are getting a balance of nutrients, particularly iron, Vitamin B12, protein, zinc, omega 3’s, and calcium,” says Lise Gloede, RDN, CDE, who specializes in vegan and vegetarian diets at her private practice in Virginia.

“There are so many places to get protein in a plant-based diet that it’s not a concern that a vegan would be protein-deficient if they are eating from all the food groups in a balanced way,” says Jennifer Smith, RD, CDE at Integrated Diabetes Services in Pennsylvania; Smith also is T1. “Getting rid of all of the animal-based fats and protein can also decrease inflammation in the body, which in itself can help to decrease BG levels.”

What it is:
Raw foodism is the belief that the healthiest foods are uncooked and unprocessed foods, mostly consisting of fruits, uncooked vegetables, eggs, raw dairy, and raw fish. Raw foodists believe that cooking food destroys important enzymes when heated over 115 degrees Fahrenheit. Many people who follow raw foodism are also vegan, but it’s not necessarily required, since some fish, like sashimi, is eaten raw.

However, it’s not nutritionally better to eat all foods in their raw form. Protein can be difficult to get, since legumes and meat usually should be cooked to be safe and digestible. Also, some vegetables, like asparagus, spinach, and mushrooms, are healthier when they are cooked because the heat activates the health-promoting nutrients. But others, like broccoli, onions, and red peppers, really are better eaten raw.

What experts say:
“It’s high in fruits and veggies, since these are easily eaten in their raw form, so from the standpoint of blood sugar control it can be gentle on management,” says Smith. “The only processed foods allowed are those that have been processed through fermentation, such as kimchi, or those processed in vinegar. However, It can be an expensive and time-consuming diet to follow, and it’s best for those who have or can easily use kitchen gadgets.”

What it is:
The macrobiotic diet involves eating grains as a staple food, supplemented with other healthy foods, such as local vegetables. It also requires avoiding the use of highly processed or refined foods and most animal products; some people on the macrobiotic diet will still eat seafood. Macrobiotic enthusiasts also believe the manner in which you eat is important; they believe it’s best to focus on slow, thoughtful chewing — which can actually be a boon for people who overeat, since it can take up to 20 minutes to register fullness.

What experts say:
“Choosing carbs that are low on the glycemic index will help with control of diabetes, but the diet tends to be heavier in carbs than other ‘diet plans’…due to heavy emphasis on grains and fruit and veggies,” says Smith.

What it is:
A gluten-free diet eliminates the protein gluten that is found in wheat, rye, and barley. There has been an upward swing in the diagnosis of celiac disease, gluten intolerance, and wheat intolerance in people around the world. The number of cases of celiac disease has doubled in the last 20 years. Because celiac disease is an autoimmune disease, approximately 10% of people with T1 will find themselves going gluten-free, whether they like it or not.

What experts say:
The official word from registered dietitians is that there is no reason to be gluten-free unless you have an identified intolerance to gluten, whether it’s an allergy or celiac disease. It’s also important to recognize that not all gluten-containing products are created equal. Gluten is found both in healthier items, like whole grain bread, and in processed junk food, like donuts and cookies. Cutting out cookies is probably going to do more for your blood sugar management than cutting out all gluten.

“It’s not commonly understood that many gluten-free products are just as refined as those commonly made with gluten-containing grains,” says Smith. “Something made with rice flour may be free of gluten, but it will not be kind for post-consumption BG control.”

Many people find themselves feeling better when cutting out gluten, but it may have more to do with the improvement in the overall quality of their diet, says Lori Zanini, RD, CDE, who works at a private practice in Los Angeles. “When people cut out gluten and wheat and feel results, it could be because they are cutting out the processed, high sugar foods that contain the wheat, but not the wheat itself,” she says.

What it is:
Nicknamed the “caveman diet,” Paleo is best described by what you can’t eat: no grains (naturally gluten-free), no legumes (including peanuts), no dairy, and no artificial sweeteners or refined products. With an emphasis on protein, vegetables, and fruit, it can be a healthy diet to try, but some find it difficult to maintain.

What experts say:
This diet falls at the bottom of U.S. World & News’ annual list of best diets because it eliminates whole food groups, but it can help manage blood sugar. Many people on the Paleo diet start eating more protein and less carbohydrates, which can help stabilize blood sugars.

“I like Paleo in that it promotes protein and fiber from vegetables and avoids processed foods,” says Wishnick. “I would never push someone to eat bread or pasta, but lentils and quinoa are good for you. They have beneficial nutrients.”

Smith adds that it’s important to remember that the liver will convert protein into glucose when it’s deprived of carbohydrates, so people with diabetes will often find themselves needing some insulin for a low-to-no carb meal.

“Often people with diabetes will experience improved blood sugars from the drop in carb content,” says Smith. “But they may also experience odd swings in blood sugars hours after a meal due to the lower carb and higher protein and fat nature of the meals.”

Insulin Nation recommends consulting with a dietician, a certified diabetes educator, and/or your medical professional before making any significant dietary changes. 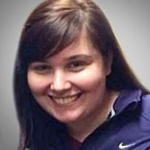 Allison Nimlos is a 20-year veteran of Type 1 diabetes. She is a freelance writer who is pursuing her Masters in Counseling and Psychology. She hopes to someday work with people with diabetes and other health conditions. Allison lives in Minneapolis with her husband.

Worth His Weight in Gold 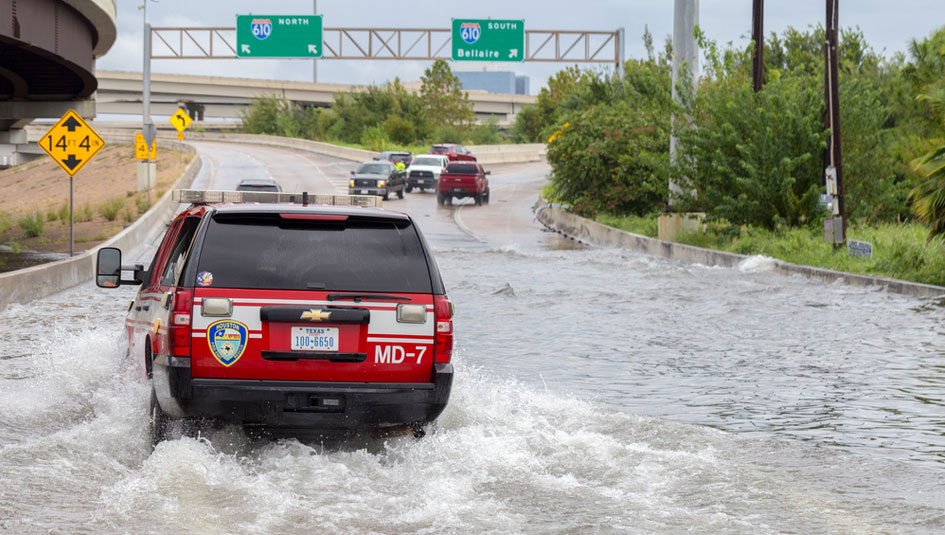 How to Donate Diabetes Supplies in Harvey’s Aftermath 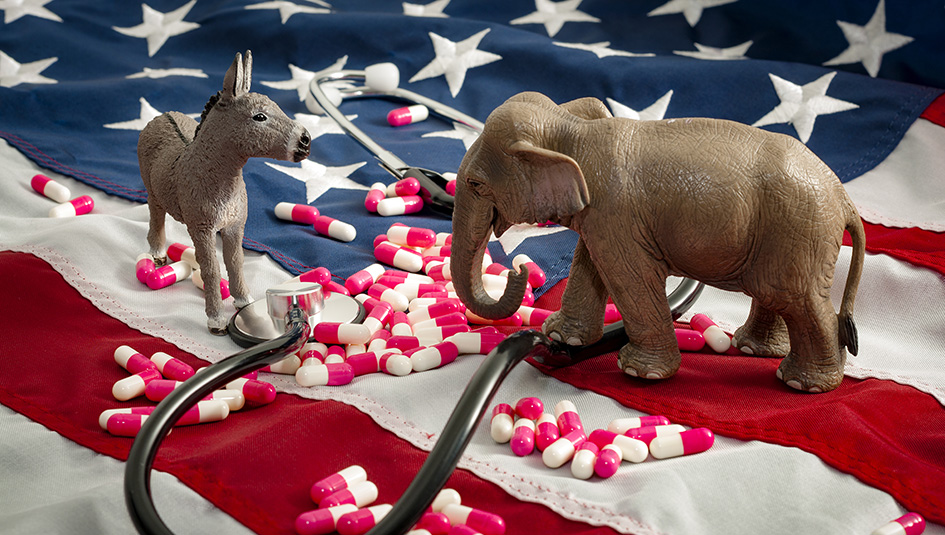 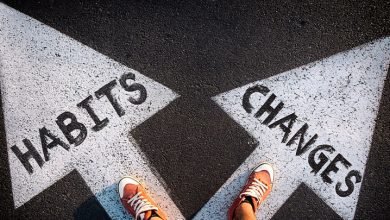 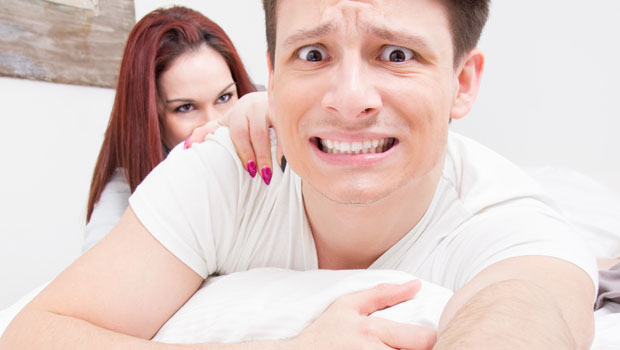